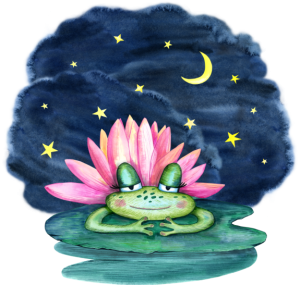 A hypnagogic state is the transition gap between being fully awake and fully asleep, sometimes described as “drifting off”, where your muscles relax, although you are still aware of what is in the room. Have you ever felt your muscles jump or jerk, just as you’re falling asleep? These are caused by muscle contractions and may even wake you up again. That is quite common when you are just falling over to sleep and is part of hypnagogia, especially in young people and may also include sensations of weightlessness, flying or falling. For some people, this is also a time when they may imagine visions or hear noises that are not actually in their environment and of lucid dreaming where you remember and can control what is happening in a dream and for some, this may be the time where they experience sleep paralysis. For those who experience lucid dreaming, it can be a time when they deliberately try to stimulate their creativity. It can also be a time of great creativity, where problems are solved, where intuition lets people see connections that might otherwise go unnoticed. Some great thinkers and artists have understood this creativity available in the hypnagogic state and have deliberately used it to solve problems or make intuitive leaps in their understanding. During hypnagogia, the person seems to be highly suggestible and free of mental blocks. Some artists, writers, thinkers and inventors, such as Salvador Dali, Franz Kafka, Poe, Einstein and Thomas Edison, found this state a fertile source of ideas. Artists  have been known to use the state to stimulate their creativity. Even their napping habits were interesting, as they were avid nappers. For those able to access and use the hypnagogic state, it can make it easier to produce a piece of work, whether it is a poem, a song, an invention, an idea or a painting.

People have long used hypnagogia for creativity or to solve their problems, even if they did not know the name of the state. Thomas Edison often took naps when trying to solve a difficult problem, holding two steel balls in his hands and placing a metal plate beneath them. When he fell asleep, he dropped the balls to the floor, waking him up, so he could enter the hypnagogic state again, trying to come up with a brilliant idea. Edison also logged his thoughts while he was falling asleep, allowing him to see how he was thinking. 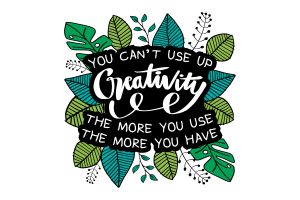 One way to induce a hypnagogic state is to notice your mind as it falls asleep. To induce a hypnagogic state, you should be drowsy, yet still alert. By observing your mind as you fall asleep, you can perceive what is happening as you drift off to sleep. Ideally, you should avoid falling asleep, though this may be difficult, especially at night. Hypnagogia may also be induced in some people by a number of different things, including flickering light, household noises, white noise, loud buzzing noises, and music and may involve a feeling of floating outside your body.  It can be consciously guided and interpreted, as well as possibly forming a two-way communication with the unconscious mind. Using the hypnagogic state to fall asleep more easily may also help you to become an early riser more easily.

You probably already know that your brain produces electrical waves that can be measured on a machine. There are 5 different types of waves and these are called alpha, beta, gamma, delta and theta (from the Greek alphabet). When we are awake, our brains mostly produce beta waves but as we fall asleep, the alpha waves take over.

Next time you are ready to fall asleep, try to notice what happens during the time just before you fall asleep and see if you can come up with a creative idea or solve a problem that has been puzzling you. But you may need to keep a notebook and pen beside you to record your idea as many a brilliant idea has disappeared overnight and cannot be recalled by the morning.

This is the other transitional state associated with sleep but at the opposite end. This is the gap between being fully asleep and fully awake. 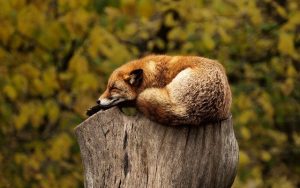 5 Must-Take Steps You May Have Avoided to Prepare … END_OF_DOCUMENT_TOKEN_TO_BE_REPLACED

5 Warning Signs You Need Alone Time While in a … END_OF_DOCUMENT_TOKEN_TO_BE_REPLACED

Waking Up Earlier Even if You Hate Mornings Do … END_OF_DOCUMENT_TOKEN_TO_BE_REPLACED

5 Things You Can Do Immediately to Build … END_OF_DOCUMENT_TOKEN_TO_BE_REPLACED